…to grow, emotionally. Consciously. To mature, grow into one’s own skin.

So I’m starting with a premise. Old stories and the messages they contain. So what am I talking about here?

Old stories are the internal scripts we’ve all learned, from childhood onwards. They are barely conscious patterns of emotions, accompanied by in-the-body sensations (take note where those sensations rest…there’s a clue in there), strings of words (some legible and ‘sensible’, other less so) and maybe, just maybe, impulses to act. 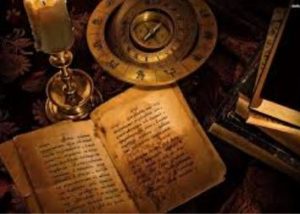 Being aware of those old stories, and where they have led to in the past, is an early — and cyclical — stage in breaking free from old patterns of acting out. Conditioned, unconscious ways of acting in the world that we inherit and internalise from family and surrounding culture. We all do it. I know I have.

So the first step, more often than not a humbling experience, is to recognise the earliest messages we received from our nearest and dearest (our ‘primary care givers’) weren’t necessarily empowering for adult application. The image of the forgotten child within, who’s image is ourselves, is relatively un-evolved and without the inner resources and self-esteem we take for granted as adults. Accepting that these autonomous parts of ourselves actually exist is deeply, and highly, significant for crafting new stories to live by. We want different results out there in the public realm, right? Well we have to change the inner script to change the outcome of the life’s movie.

A new story begins to be written as those old images grow up, catch up and evolve. Or merge. Or die. We discover new capabilities, self-respect and, through exploring these fresh attitudes towards ourselves and others, self-esteem. Self-care. Self-value. I’m going to digress a little, into myth, as those old stories can flag to us our deeper nature. Something has to the sacrificed, that was valued by our former selves. Old values have to die so that what we find important, matures, emotionally. More grey hairs means more experience of life, and how expectations of ourselves changes as we grow older (and deeper) through the years.

What we valued as important, that guided our actions and words, has to mature. Old emotional attachments and ways of viewing ourselves and our place in the world. With maturity comes acceptance of our personal limits: not what we’re made of — what we’re here to be and do. We can only really apply our potentials as fully as we can by knowing ourselves as deeply as we can. That includes all the un-evolved, distorted, darker parts of our personality, what Jungian therapists call “The Shadow”. All those disowned parts of ourselves get locked away in the basement of our personal unconscious. As Dr Jordan Peterson makes a point of saying, we need to get to know the gremlins/monsters in our own closet, or else they make themselves to others of their own accord. They become autonomous if we don’t let them out, express them consciously. They “have” us when we least expect it, and often at great cost to ourselves.

With that said, Old Father Time, the Wise Old Man image of the old myths and legends from across every culture on the planet, holds the keys to discovering renewed, evolved values. Saturn to the Romans, Cronos to the Greeks.

When we explore and come to know these ‘inner powers’ of caution and discernment, these ancient templates that form the core of our inner stories, we begin to recognise the distinction between Fate and Destiny. The great Carl Jung summed this observation well with, “Until you make the unconscious conscious, it will direct your life and you will call it Fate.”

Fate implies attachment to those old inner stories, a compulsive need to relive them, and yet be repulsed by them as we come to greater awareness of their rut-in-the-road nature. Fate is an well-worn set of clothes we’re comfortable with, yet might not be the best choice for present (and future) company. Destiny introduces new ways of being and doing: thinking, emotions, awareness of being in our greatest resource — our body, our impulses and desires, capacity to image and intuit what works, and what does not. Those new ways of being in the world, those innate potentials in the footnotes of our story, are nothing more than a ‘good idea’, until we come to awareness of old patterns of emotions, thoughts, impulses and choices. Something else wants to emerge from underneath the layers of past, unconscious conditioning, and that takes conscious effort and time.

We need to be present with ourselves to know these old patterns, in order to stand a chance of turning right, rather than the old left. Destiny as choice, free will.